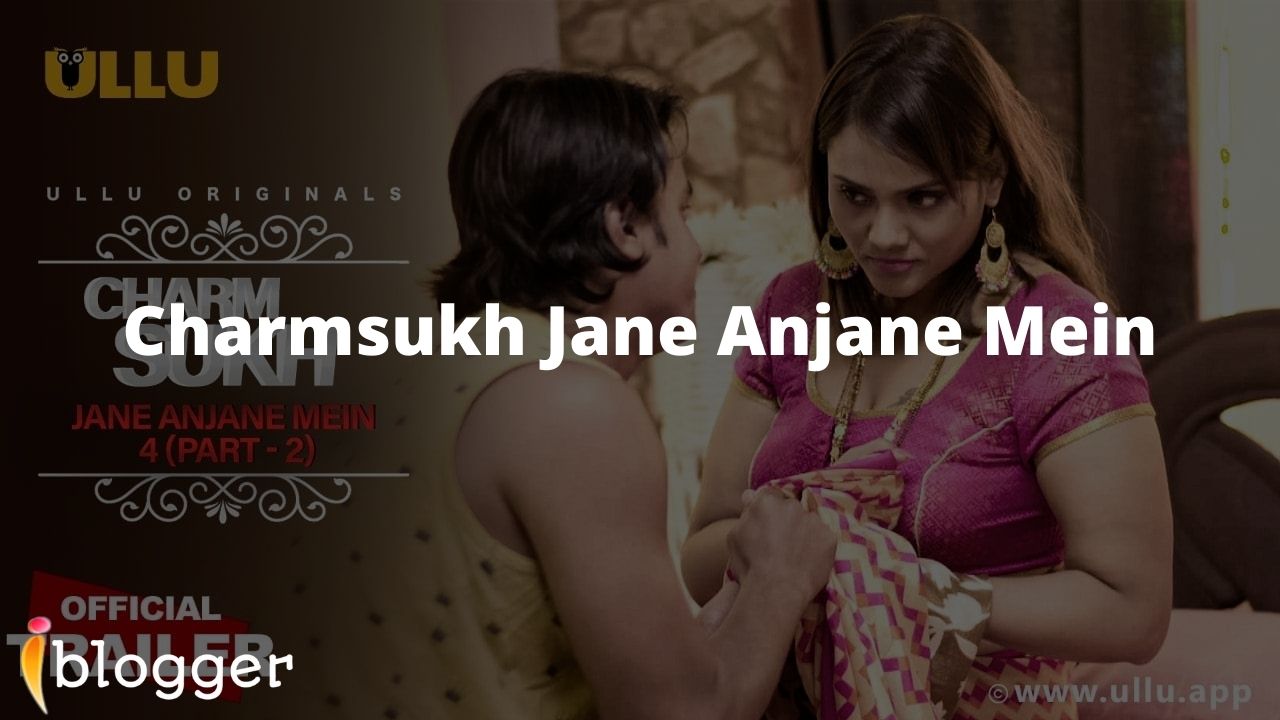 Are you Eagerly waited to know more about this popular web series “Charmsukh Jane Anjane Mein“ then follow us below;

This web series, “Charmsukh Jane Anjane Mein” is one of the most popular web series. Which was released on Ullu App. This web series has a story of a married couple in a long distance relationship where a wife wants to fulfill all her desire even how. In this web series, knowingly and unknowingly enjoying extreme pleasures has been told through a story.

The story begins with Chandni and Ravi, both of whom are newly married. Ravi used to work in an office. Chandni used to make tiffin for Ravi every day. Ravi and Chandni were very much in love with each other. Both are didn’t miss a single chance to show them off. The romance of both keeps on increasing day-by-day. Both could not stay away from each other at all. Both always used to take extreme pleasure.

One day, Ravi comes from office at night. Seeing his face it seemed that he is very sad. Chandni comes to him and starts correcting his mood. Then, the nights of both of them start getting colourful. Both are like hungry lions and they pounce on each other. One day, when the post arrives in the morning, Chandni gives it to Ravi and then, it comes to know that he has been transferred to another city. But, now the office people only told Ravi to go but could not take his wife. Ravi tells Chandni about it and both get very sad.

Chandni starts crying then Ravi understands to her that it is only a matter of two months then he will come back. Now comes a new twist in their life. Chandni goes to Ravi’s parent’s house and Ravi goes to another city. Now, it has to be known whether Chandni will be able to live without Ravi??? Because moonlight has got used to extreme pleasures.

Chandni comes to her mother-in-law’s house. She starts taking all the feelings by talking to Ravi everyday. One day, in the night when Chandni is talking to Ravi, there is a sound of something falling from outside. Now, it has to be seen who was listening to Chandni and Ravi secretly.

Now it has to be seen whether Chandni is able to take extreme happiness without Ravi knowingly or unknowingly?? After all, who helps Chandni to achieve extreme happiness and how??? To know all this, watch this most romantic web series and follow Ullu App .

The most popular and best web series you all are waiting for to know more about is “ Charmsukh Jane Anjane Mein ” Web Series. The main Cast Name Jinnie Jaaz and Amit Jaitley played as a lead role in web series. We hope people are going to have a lot of enjoyment after seeing Hot and Bold actress as a ‘Chandni and Ravi‘ in this web Series.

After knowing about actress ,other important role played by an Actor. The list of that Actor of “Charmsukh Jane Anjane Mein” Web Series Cast real Name and id are added below: