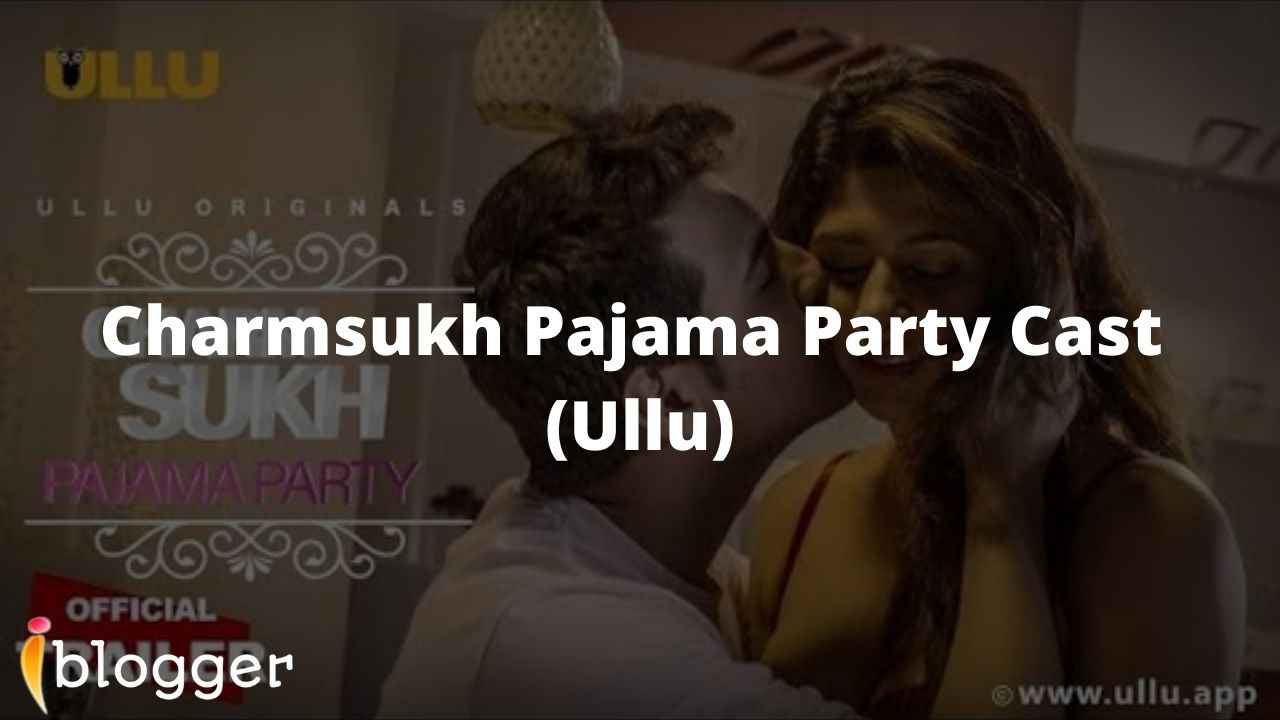 “Dost bnaane ka maraa…Kya Pajama Party karega Rahul becharaa… !”
.
Are you eagerly waiting for to know more about this popular web series “Charmsukh Pajama Party Cast” then follow us below;

This popular web series , “Charmsukh Pajama Party” is full of hot and bold scenes. This is the story of of a simple boy, who wants to have take charmsukh with his wife only after marriage not as a girlfriend. This web series is based on romantic and drama genre. Which was released on Ullu App.

This is an Indian adult and Hindi web series. In this web series,“Charmsukh Pajama Party“ is one of the popular web series of Charmsukh, which is slightly different than other season. This Web Series released on 18th October, 2019 on the Ullu App.

Also See the actress of other web series:- Romil and Jugal Webseries

The story begins with a young boy Rahul, who goes to meet his hot girl friend, whose name is Neeta, because she is alone at home, and that is also the last day of Rahul because he and his family goes to Mumbai from Kanpur with him. They are about to take extreme pleasure with each other while talking, only then Rahul starts thinking a little.

On Neeta’s asking, he says that he does not want to do anything before marrying her .Whatever he does, he will do it with her only but after marriage. She listens to him and little sad but happy also to hearing this, Neeta agrees and controls herself. But she also says that she should not do anything with anyone else before marriage. He says that tomorrow he will going to Mumbai and he is study well there, and will marry her after doing some work. He promises to her.

Neeta becomes very happy to hear this. Now ,Rahul reaches Mumbai, he leaves for college the next day with his mother’s blessings, when Rahul reaches college there are three boys keep talking among themselves, in which a boy named Sam is the leader of the group. Rahul wants to be friends with them.

Then ,all three make fun of him, they say that we do friendship with our equals. Rahul comes home very sad after hearing this. He tells all this to his mother. Then ,Neeta’s call comes and she tells him and reminds him about what he promised her that day.

When Rahul comes to college the next day, all three boys tell him that if he wants to be friends with him, he will have to come to the pajama party at 12 o’clock tonight. He goes away with some kind of permission from his mother. In a pajama party, there is a bold girl dancing, she is a dancer. She comes to Rahul again and again, but he remembers the promise made to his girlfriend.

Now, it has to be seen whether Rahul will be able to fulfill the promise made to his girlfriend Neeta??? To know more about this web series follow on Ullu App.

The most popular and fantastic web series you all are waiting for to know more about is “ Charmsukh Pajama Party ” Web Series. The main Cast Name kajal and Vihan Verma played as a lead role in web series. We hope you all are surely going to have a lot of enjoyment after seeing Hot and Bold actress as a ‘Dancer and Neeta ‘ in this web Series.

After knowing about actress ,other important role played by an Actor. The list of that Actor of “Charmsukh Pajama Party” Web Series Cast real Name and id are added below: